Jonathan Moffett grew up in Northern Ireland, he gained a degree in Forestry and was selected to play rugby for Ireland in 1961. After playing two test matches for Ireland an opportunity arose and Jonathan emigrated to sunny Hawke’s Bay in New Zealand, where he is today.

Shortly after arriving in New Zealand he met and married Christine and they leased their first block of peaches in 1968. Christine and Jonathan had 4 children – sons Jonty, Joe and Sean and a daughter, Kim. As the family grew so too did the orchards.

From 1987 Jonathan spent 9 years on the NZ Apple & Pear Marketing Board and continued to grow the orchard, eventually packing and marketing his own apples.
Jonathan has been chairman of Fruitpackers (HB) Cooperative Ltd since 1982 and the Moffett family group is the largest shareholder, at some 35%.

In 1997 Jonathan with his oldest son Jonty formed Moffett Orchards Ltd. Joe returned to the orchard in 1999 and in 2003 Sean became a partner. Jonty now manages the apple orchards, Joe manages the marketing and packhouses and Sean manages the cropping. Jonathan remains intrinsically active in the business.

In 2003 we diversified and started growing Rock Melon and Watermelon. Now we grow 40 hectares of top quality melons – New Zealand leaders in this field.

We run our office from the original block that Jonathan and Christine first planted and raised the family on. With 90 hectares of apple orchards and 100 hectares of cropping land the family operation has diversified from its original pipfruit focus. 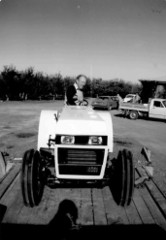 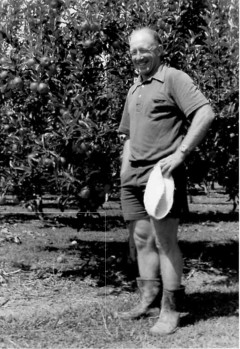